Two Rivers Classical Academy partners with Christian parents to train children to love learning truth, to pursue virtue in all of life, and to glorify God in their callings.

Two Rivers has long been a geographic reference to Iowa in general, and to Des Moines in particular — where the Des Moines and Raccoon rivers converge. Playing off that theme, TRCA is a place where our priorities converge: family and community, knowledge and character, learning and service. Our logo illustrates the convergence of these ideals, coming together around a book — signifying knowledge in general and Scripture in particular. 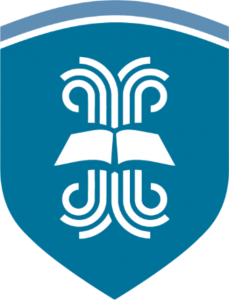 In June of 2018, a pastor, a banker, and a lawyer walked into a coffee shop. It sounds like the beginning of an awful joke, but it was the culmination of years of conversation, research, and prayer about bringing a classical school to Central Iowa. The result of that meeting was the formation of Two Rivers Classical Academy — and a plan to share its vision with Des Moines and surrounding communities. In the months that followed, hundreds of area families provided encouragement, feedback, and support. TRCA officially launched in August of 2019 as a K-7 academy, with plans to implement a full PK-12 program in coming years.

Two Rivers Classical Academy is an Iowa nonprofit corporation with IRS recognition as a 501(c)(3) organization. TRCA is governed by an independent board of directors and is not affiliated with an individual church or Christian denomination. It is governed by its Mission and its Statement of Beliefs

Two Rivers Classical Academy is an independent organization, but it benefits from relationships with organizations and similar schools across the United States. TRCA is a member of, and plans to eventually seek accreditation through, the Association of Classical Christian Schools. TRCA has networked with several sister schools, and it has greatly benefited from the wisdom and experiences of Trinity Classical Academy in Omaha, Nebraska, and Trinity Classical School in Houston, Texas. TRCA is also a member of the Iowa Association of Christian Schools.